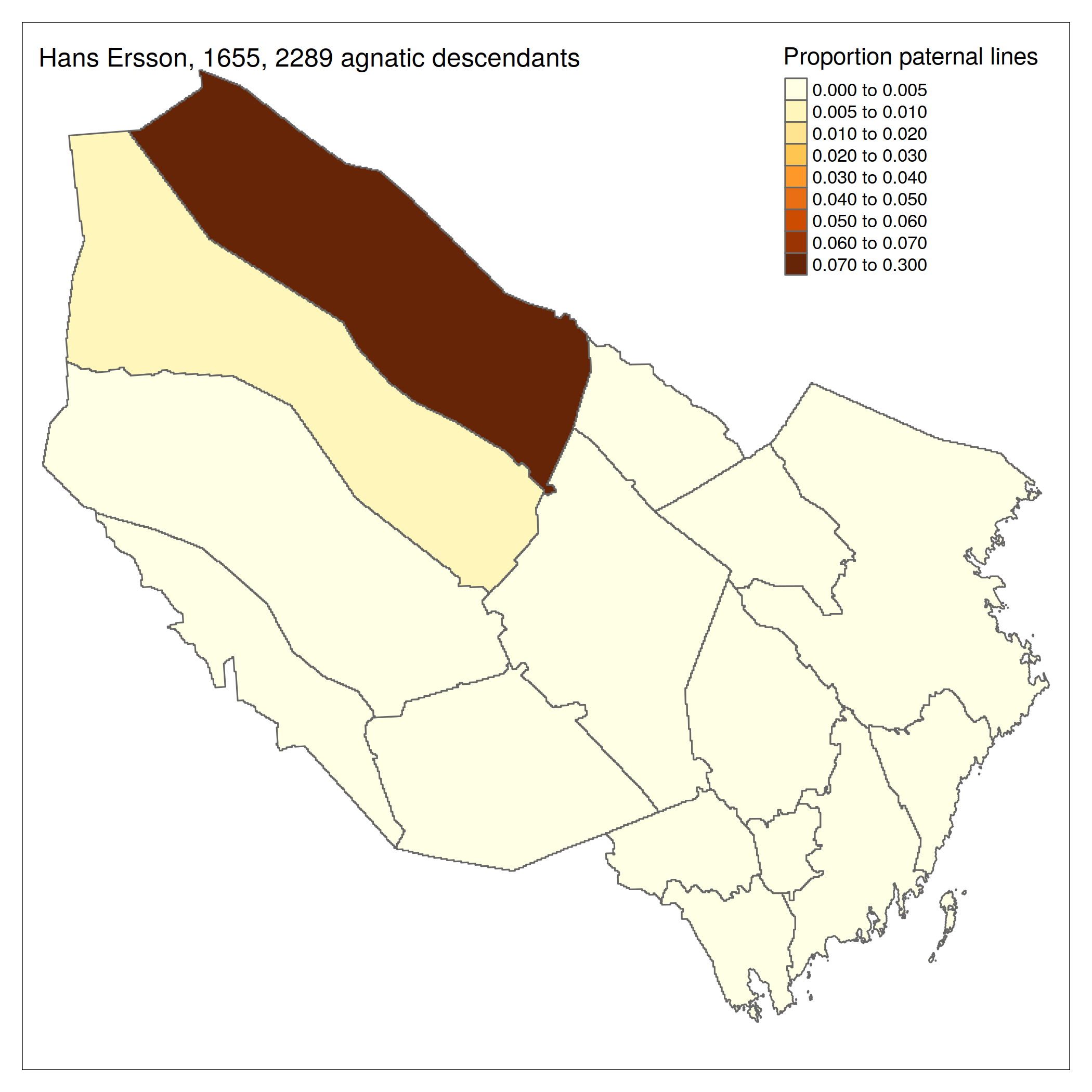 Hans Ersson, 1655, illustrates the impact an individual can have on the genetic make up of a region. 25% of those born 1890-1930 in Sorsele had a strait paternal line to him according to the database Kråken. Quite extrem!

To see if there were more extrem cases I made a histogram of the number of “founding fathers” and their number of descendents in the database with a strait paternal line to them. The mean is 25 and 25% of the men have no children.

But lets have a look at the ones that have more than 100 descendants on the paternal line. The three moste extrem are:

Their impact in Västerbotten is shown in the following maps, first the proportion of strict paternal lines and then the proportion descending from them regardless of how. Olof Eriksson is the “greatest grandfather” to about 7% of those from Nordmaling and Erik for about 6% for those from Bjurholm or Lycksele. All calulated from those born 1890-1930 in the Kråken database. Regionally almost all descend from these guys!

The lesson learnt from this is that the make up of Y-DNA haplogroups can change surprisingly fast over time even without migration. 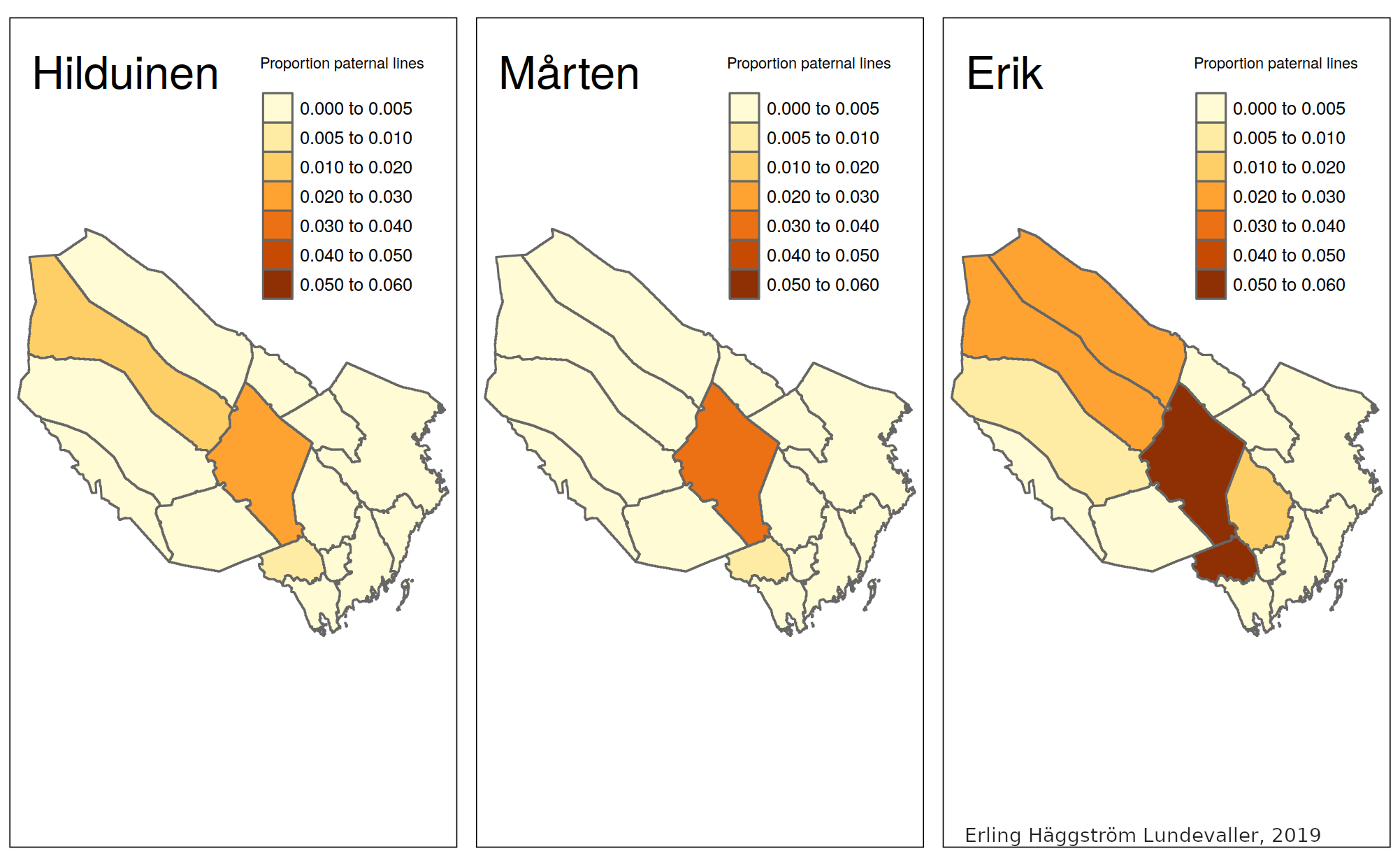 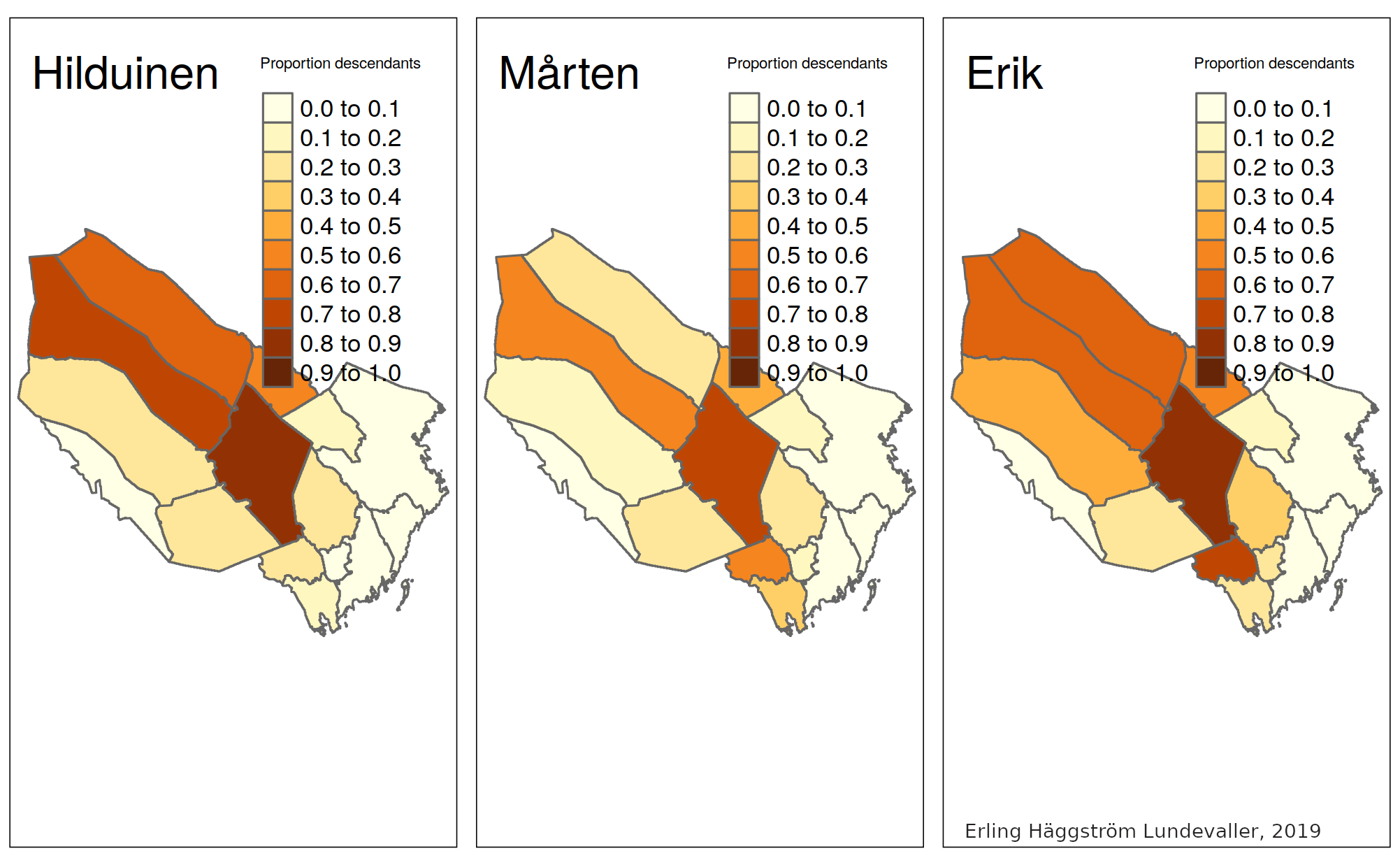 The number of agnatic descendants by birth year can be seen in the following picture. Only persons that themselves have no father is counted as founding fathers.